The Bedouin (, also Bedouins; from the Ara­bic badw or badawiyyīn/badawiyyūn/“Al Buainain , plu­rals of badawī ) are an Arab eth­no­cul­tur­al group, descend­ed from nomads who have his­tor­i­cal­ly inhab­it­ed the Ara­bi­an and Syr­i­an Deserts. The Bedouins are a semi­no­madic group of peo­ple. Their name means desert dwellers in Ara­bic. Their ter­ri­to­ry stretch­es from the vast deserts of North Africa to the rocky sands of the Mid­dle East. They are tra­di­tion­al­ly divid­ed into tribes, or clans (known in Ara­bic as ʿashāʾir; ) and share a com­mon cul­ture of herd­ing camels and goats. The Bedouin form a part of, but are not syn­ony­mous with, the mod­ern con­cept of the Arabs. Bedouins have been referred to by var­i­ous names through­out his­to­ry, includ­ing Qedarites in the Old Tes­ta­ment and “Araba’a” by the Assyr­i­ans (ar-ba-a‑a being a nis­ba of the noun Arab, a name still used for Bedouins today). While many Bedouins have aban­doned their nomadic and trib­al tra­di­tions for mod­ern urban lifestyle, they retain tra­di­tion­al Bedouin cul­ture with con­cepts of belong­ing to ʿašāʾir, tra­di­tion­al music, poet­ry, dances (like Saas), and many oth­er cul­tur­al prac­tices. Urbanised Bedouins also organ­ise cul­tur­al fes­ti­vals, usu­al­ly held sev­er­al times a year, in which they gath­er with oth­er Bedouins to par­take in, and learn about, var­i­ous Bedouin tra­di­tions — from poet­ry recita­tion and tra­di­tion­al sword dances, to class­es teach­ing tra­di­tion­al tent knit­ting and play­ing tra­di­tion­al Bedouin musi­cal instru­ments. Tra­di­tions like camel rid­ing and camp­ing in the deserts are also pop­u­lar leisure activ­i­ties for urbanised Bedouins who live with­in close prox­im­i­ty to deserts or oth­er wilder­ness areas. 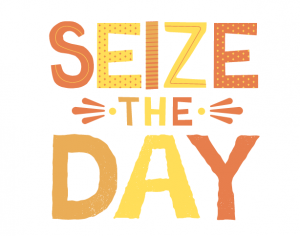